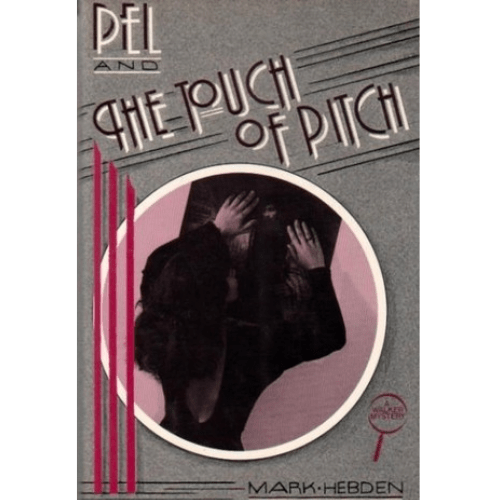 Pel and the Touch of Pitch

When Chief Inspector Pel accepts a drinks invitation at the house of a big shot, Deputy Claude Barclay, he doesn't realise how compromised he will become by his acceptance. Shortly afterwards, Barclay is kidnapped; the partially decomposed body of a retired soldier is discovered in a wood and as series of art forgeries need investigating. Pel must tie all three together and solve a scandal, which has become the talk of France

Condition : Used Book This is a used book. We do our best to provide good quality books for you to read, but there is no escaping the fact that it has been owned and read by someone else previously. Therefore it will show signs of wear and may be an ex library book
Add to basket
Get it by Friday 3rd February
Free deliveryabove KES 5000

When Chief Inspector Pel accepts a drinks invitation at the house of a big shot, Deputy Claude Barclay, he doesn't realise how compromised he will become by his acceptance. Shortly afterwards, Barclay is kidnapped; the partially decomposed body of a retired soldier is discovered in a wood and as series of art forgeries need investigating. Pel must tie all three together and solve a scandal, which has become the talk of France

He was born in Yorkshire in 1916 to Mr and Mrs E J Harris who had The Stag Inn at Herringthorpe. He attended Rotherham Grammar School and after leaving there became a reporter on the Rotherham Advertiser before moving on to the Sheffield Telegraph. He also did some freelance work with a colleage in Cornwall and at various times worked as a cartoonist, travel courier and history teacher.

In World War II he served as a corporal in the RAF and was seconded to the South African Air Force. Indeed, it was said that he served two navies and two air forces during the course of the war!

He returned to the Sheffield Telegraph after the war where he as a political and comedy cartoonist and he remained with the paper until the mid-1950s.

He had his first novel, 'The Lonely Voyage' published in 1951 but it was in 1954 that he really came to the fore when his 1953 novel 'The Sea Shall Not Have Them' was made into a successful film. Thereafter he turned full-time to writing novels.

He wrote his first novel under the pseudonymn Mark Hebden, 'What Changed Charlie Farthing', in 1965 and his first novel featuring his French detective Chief Inspector Pel, 'Pel and the Faceless Corpse', was published in 1979. His daughter Juliet was to continue the Pel series after his death under the pen-name Juliet Hebden.

The family moved to West Wittering, near Chichester in Sussex in 1955 and he continued to write his novels from there.

He died on 7 March 1991 with his last book, 'Pel and the Sepulchre Job' being published posthumously in 1992.

The protrait accompanying this article is a cartoon self-portrait.

Pel and the Sepulchre Job

Pel and the Touch of Pitch

The P.I.L.O.T. Method : The 5 Elemental Truths to Leading Yourself in Life!

Me Of Little Faith

A Study Guide to Evangelism

Engelbert : What's in a Name? The Autobiography

The Sacred Echo : Hearing God's Voice in Every Area of Your Life

The Inca Empire : The Formation and Disintegration of a Pre-Capitalist State

Come Into My Chambers: Experiencing Intimacy with God

A Big Little Life: A Memoir of a Joyful Dog

Writing Your Dissertation in Fifteen Minutes a Day

The education of the Mexican-American

Bankrupt : The Intellectual And Moral Bankruptcy of the Democratic Party

God so Loved... : John 3:16 an Introduction to Christ and Christianity

Billion Dollar Painter : The Triumph and Tragedy of Thomas Kinkade, Painter of Light

America by Heart : Reflections on Family, Faith, and Flag

A Guide to Divorce Meditation : How to Reach a Fair, Legal Settlement at a Fraction of the Cost

What Makes a Man Feel Loved: Understanding What your Husband Really Wants

Housewise : The Smart Woman's Guide to Buying and Renovating Real Estate for Profit

Secured Transactions in a Nutshell

Taming and Training Your First Budgerigar

The Triple Bind: Saving Our Teenage Girls from Today's Pressures

What Color is Your Parachute? 1995 : A Practical Manual for Job-hunters and Career-changers

Pinheads and Patriots : Where You Stand in the Age of Obama