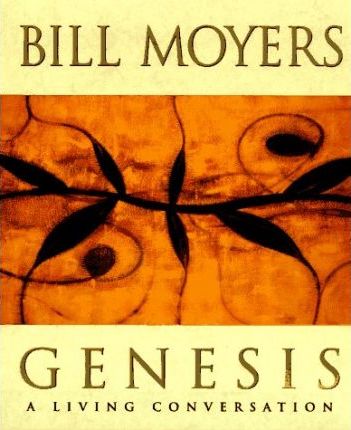 The author of The Power of Myth presents an illustrated companion volume to a ten-part series on public television, a discussion of the Book of Genesis by more than fifty eminent thinkers and artists. 200,000 first printing. $200,000 ad/promo. TV tie-in.
show more

Condition : Used Book This is a used book. We do our best to provide good quality books for you to read, but there is no escaping the fact that it has been owned and read by someone else previously. Therefore it will show signs of wear and may be an ex library book
Add to basket
Get it by Today 12 PM - 6 PM (For orders within Nairobi only )
Free deliveryabove KES 5000

The author of The Power of Myth presents an illustrated companion volume to a ten-part series on public television, a discussion of the Book of Genesis by more than fifty eminent thinkers and artists. 200,000 first printing. $200,000 ad/promo. TV tie-in.
show more

Bill Moyers was a founding organizer of the Peace Corps, a senior White House assistant(and press secretary) to President Lyndon Johnson from 1963 until 1967, the publisher of Newsday, a senior news analyst for CBS News, and the producer of groundbreaking series for public television. He is the winner of more than thirty Emmy awards and nine Peabody awards. Among his bestselling books are Listening to America; A World of Ideas; The Power of Myth (with Joseph Campbell); and Moyers on America. His latest book is Bill Moyers Journal: The Conversation Continues. He lives in New York City.

Moyers on America : A Journalist and His Times

A World of Ideas II : Public Opinions from Private Citizens

A World of Ideas : Conversations with Thoughtful Men and Women about American Life Today and the Ideas Shaping Our Future

Healing and the Mind

Germs That Won't Die : Medical Consequences of the Misuse of Antibiotics

The Safest Place on Earth : Where People Connect and are Forever Changed

Adult Children Who Won't Grow Up : How to Finally Cut the Cord That Binds You

Having It All : Love, Success, Sex, Money, Even If You're Starting with Nothing

Creating the Beloved Community : A Handbook for Spiritual Leadership

Ordeal in Cambodia : One Family's Miraculous Survival - Escape From the Khmer Rouge

Alice, the Life and Times of Alice Roosevelt Longworth

Engelbert : What's in a Name? The Autobiography

Safe in the Shepherd's Arms

1001 Sidesplitting One-Liners and Some Wisdoms

Elizabeth Bishop : Life and the Memory of It

How To Prosper During The Coming Bad Years

Land and Power in Hawaii : The Democratic Years

Chasing God : One Man's Miraculous Journey in the Heart of the City

Dreamgirl : My Life as a Supreme

A Big Little Life: A Memoir of a Joyful Dog

The Athlete's Guide to Recovery

God's Hand in the Himalayas and Other Short Stories

A Life God Rewards : Everything you Do Today Matters

Rebel with a Cause

Always Faithful : A Memoir of the Marine Dogs of WWII

Let Me Stand At Your Side

Kingdom Quest: A Strategy Guide For Teens And Their Parents

Ways of Seeing : Based on the BBC Television Series

Andrea's Voice: Silenced by Bulimia : Her Story and Her Mother's Journey Through Grief Toward Understanding